BAJI educates and engages African American and black immigrant communities to organize and advocate for racial, social and economic justice. Local BAJI Organizing Committees in New York, Georgia, California and Florida with staff in Texas and Minnesota, build coalitions and initiate campaigns among communities to push for racial justice. At the local and regional level, BAJI provides training and technical assistance to partner organizations to develop leadership skills, works with faith communities to harness their prophetic voice, and initiates vibrant dialogues with African Americans and black immigrants to discover more about race, our diverse identities, racism, migration and globalization.

To view our past event click on the button below. 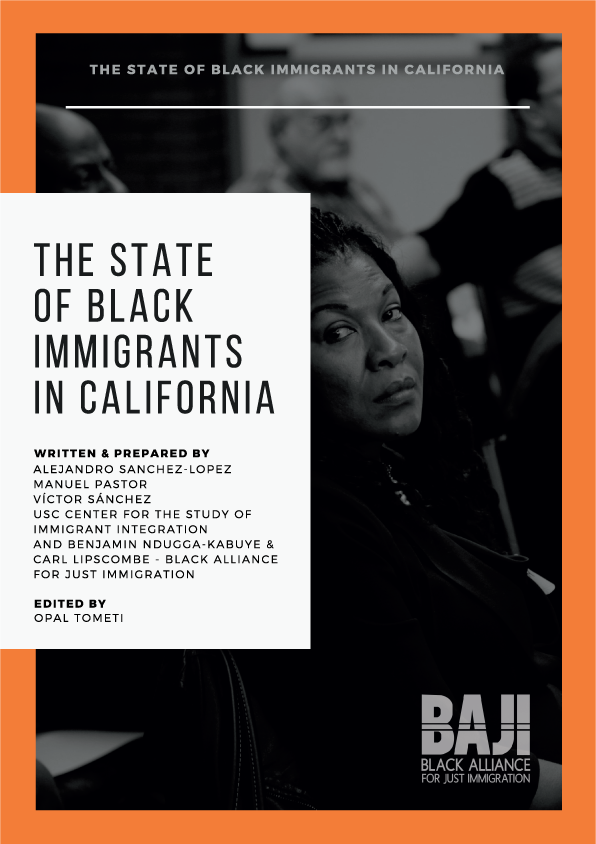 BAJi has a number of resources, including published reports, community resource guides, and resources in multiple languages.  You may view all resources by clicking the button below, or view resources for specific languages by clicking each respective button, also below. 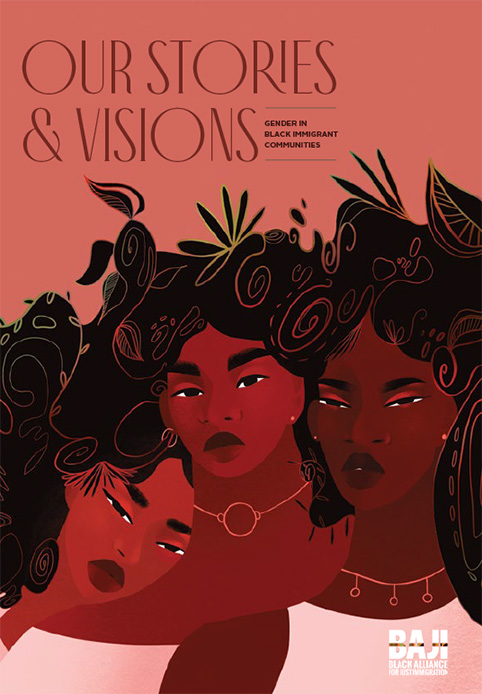 As you give this year’s State of the Union, we look forward to you highlighting legislative wins like the American Rescue Plan or the $1.2 trillion bipartisan infrastructure law. However, we would be remiss not to remind you of all the many promises you made to the Black Diaspora, from voting rights to a humane immigration policy and a dying Build Back Better agenda which, at this moment, has no straightforward path to relief in sight.

Mr. President, it is essential that you use the platform of this speech to recommit your efforts to actualize racial justice-informed policies that support African-Americans and Black migrants. You have called for Russia to end the war in Europe, and we expect you will continue. We ask that you expand your distaste for war and end  US-backed wars and conflicts around the world that are a central root cause of migration from Africa and the Middle East. We ask for the same compassion for Black and brown refugees and asylum seekers being shown to other refugees.  As you have demonstrated, the US has the capacity to welcome large numbers of people seeking refuge, you cannot leave thousands of Black and brown asylum-seekers languishing at the US southern border.

We will be looking for a speech that details how you will improve the Black migrant experience and pass much-needed racial justice legislation like voting rights, through a stalled Congress, using your executive powers when that is not possible. Demonstrating this commitment to racial justice and immigrant rights is not just the right thing to do but is also politically savvy. As quoted in the New York Times, “Polls show that the vast majority of Americans believe we are on the wrong track, and people will have little patience for lavish claims of progress that defy their lived experiences.” That is why we will be looking for concrete steps towards fulfilling your promises to Black and brown people to close the racial wealth gap, tackle racial inequity in the education system, address environmental justice, and make the right to vote easily accessible for all Black Americans. We will also look for you to address our demands to revoke racist policies like the Migration Protection Protocols and Title 42, both of which you promised Black migrants when you were elected, you would end.

This speech will fail if it does not grapple with the fact that your administration has determined it is more of a priority to appease moderate party members and continue expanding Trump-era policies that directly harm Black migrants than to bring racial equity to immigration policy. Furthermore, the reinstatement of the “Remain in Mexico” policy and the continued unjust use of Title 42 causes devastating harm to already vulnerable migrants and asylum seekers. It blocks them from entering the U.S, most drastically the Haitian migrant community who have come here in hopes of seeking refuge after natural disasters and political turmoil ravaged their homes. They face the brunt of these inhumane policies.

The State of the Union should be bold and uncompromising to the extent it explains how your administration will do better to deliver on its campaign promises. Black migrants have benefited very little from your policies at the one-year mark, and what looks doable usually has  harmful pills like the “criminal carve-out” attached to the Build Back Better bill, which would exclude predominantly Black migrants who have been criminalized from receiving relief. The protection and support of Black migrants have not been a priority for this administration, even while we have been on the frontlines and are the essential workers this country relied on to get through this pandemic.

In total, we hope this administration is preparing a State of the Union address that honors your campaign promises to Black migrants by delivering a message on how you will address your failed promises and reverse your harmful policies; because we all know that a crucial midterm election is coming up and you will again come to our communities of color for support – but what will you be able to show for it?  If you’re going to honor the promises you made, it starts with coming up with a more inclusive, unified approach to all our issues and not trying to silo them because they impact us all.

We hope to see this vision outlined in the upcoming State of the Union.

Click to drop down and read, "Until We’re Free: Open Letter to President Biden"

In the wake of the federal recognition of Juneteenth as a holiday, deep racial injustices continue to plague the nation and we await action.  Black immigrants continue to face heightened detention and deportation under current policies. Federal immigration legislation introduced and under consideration perpetuates anti-Blackness in our immigration system by prioritizing the policing and criminalization of Black people. Consistent with this administration’s stated commitment to racial equity, it must act by establishing immigration policies that focus on repairing the damage inflicted on Black people, including Black migrants, by eliminating those policies that criminalize, exclude, and separate Black migrants from communities and by instituting policies that are anti-racist and humane.

The Black Alliance for Just Immigration (BAJI) is a racial justice and migrant rights organization which engages in education, advocacy, and cross-cultural alliance-building in order to strengthen a national movement to end racism, criminalization, and economic disenfranchisement in Black immigrant, refugee and African American communities.

We are writing today as we launch the Until We’re Free coalition to urge you to pursue restorative immigration policies that are rooted in human rights and human dignity. A foundational element of immigration policy is its grounding in the experience of Black immigrants.  The Until We’re Free coalition will chart a new course for racial and immigrant justice in this country centered on the critical needs and demands of Black people regardless of their citizenship or their interactions with the criminal legal system.

Specifically, we call for the following actions:

The Until We’re Free coalition was formed because it is time to rethink the archaic criminal provisions frequently included in federal immigration legislation and instead focus on modern community-led, transformative solutions that improve our lives and communities. It is time that our immigration laws are free from anti-Blackness and that immigration is centered as a racial justice issue.  We urge you to take action to support your stated commitment to addressing the legacies of racism and white supremacy in this country by supporting these transformative changes and using your power to chart a new course for racial and immigrant justice in this country.

Signed in solidarity by the following immigrant and civil rights organizations and leaders :

As a nonprofit organization, BAJI relies on contributions from foundations, organizations and individuals.  We do critical work at the intersection of immigration justice and anti-black social structures.  Supporting Black immigrants and African Americans cannot be undervalued in today’s political climate.  Makea donation below to support us in advocating for racial, social, and economic justice.

make a donaion to baji

Are you interested in getting involved in the work that BAJI does? As an active organization, we have multiple ways in which you can lend your support for Black immigrants.  Click a button on the right to engage with our work.