The Black immigrant population in Atlanta has grown by 165%

For Women’s History Month, Lovette Kargbo Thompson, BAJI’s LA organizer was interviewed by Sophia Qureshi of 285 South about her work supporting Black immigrants in the South

For over a year and a half, Atlanta resident and Jamaica native Robert Lodge was stuck in the Stewart Detention Center in Lumpkin, GA. He wasn’t alone – there were other Black immigrants at Stewart. Among them – Ricardo Chambers, also from Jamaica, and Franco Clement, originally from Liberia. All three of them were medically vulnerable. And all three of them were at Stewart at a time when the facility earned the unenviable distinction of being the detention center with the most COVID cases in the country.

Lovette Kargbo Thompson is the daughter of immigrants from Sierra Leone and is the Atlanta organizer for the Black Alliance for Just Immigration (BAJI). BAJI, the Southern Poverty Law Center, El Refugio and other advocates sensed a pattern at Stewart – through the interviews they were conducting, they were finding that medically vulnerable people denied release were disproportionately Black.

They filed a complaint with the Department of Justice’s Civil Rights and Civil Liberties office on behalf of Robert, Ricardo, Franco, and eight others. In late February, Robert was finally released home to his family in Georgia. Ricardo and Franco are still at Stewart, and Lovette is continuing to push for their release. 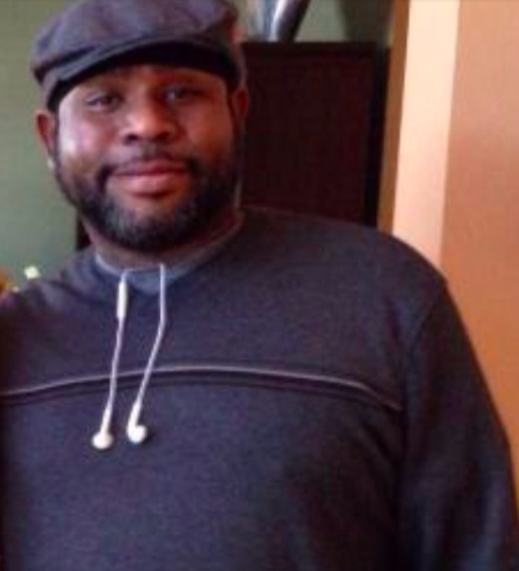 Robert Lodge, above, had been held at Stewart Detention Facility. He was released in late February after BAJI and other organizers drew attention to his case. Top photo: Lovette Kargbo Thompson, Atlanta organizer for the Black Alliance for Just Immigration (BAJI). Photo Credit: BAJI.

Lovette says people crossing the border are coming from all over, but through her work with BAJI, she’s seen more Black immigrants being held in detention facilities as compared with other groups, and for longer. “The increase in the number of Black immigrants being detained in Georgia goes to show yet another promise broken by the existing administration,” she said.

Outside of detention, Lovette says many Black immigrants are targeted for misdemeanors or minor violations, “Many are getting caught up in the criminal justice system for miscellaneous acts such as jaywalking or having a broken taillight as they go about their daily activities.” BAJI has joined a growing movement of advocates in Georgia pushing for those who are undocumented to be able to obtain a drivers license. “ That’s one of the things that we’re really trying to fight for….making sure that there is a state issue ID for those who are undocumented, to safely get back and forth to the destination without having to be in fear.”

These days, with the Georgia legislature in session, Lovette has been focused on fighting against any anti-immigrant bills or bills that BAJI believes are disproportionately targeting Black communities. Among them are SB 171 – a bill which would widen the scope of what protestors can be penalized for – and that advocates say is a move by Republican lawmakers to crack down on the type of protests that swept Georgia, and the country, after the death of George Floyd in 2020. 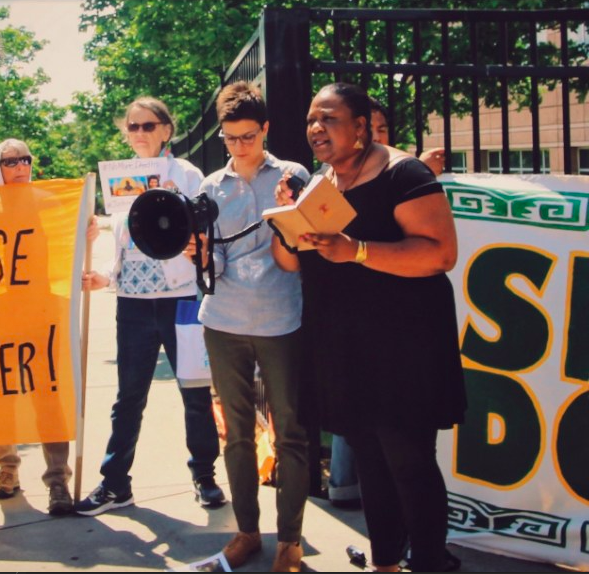 Lovette speaks at a rally outside the Atlanta ICE Field Office.

Advocacy isn’t easy. It requires long hours and constant engagement. But the impact can be real and immediate. Robert Lodge was released back to home just a few weeks ago. And Lovette hopes that Ricardo and Franco will be released soon too. What’s key for Lovette is for BAJI to serve as a platform and a tool for people to advocate for themselves. “If I can impact change in laws and policies and impact people not living in fear, because of their status, I just want…to do as much as I could, even for those that are being detained wrongfully, because they’re just seeking help.”

This is a reposting of an interview by 285 South: “a weekly newsletter bringing you the stories of immigrant communities in metro Atlanta.”