our mission, our work, our history

Despite our communities’ long history of fighting for human rights and dignity, racism still persists in U.S. laws and culture, which prevent communities of color from achieving social and economic justice. The national debate over immigrant rights is part of the current challenges to racial equity and human rights. The anti-immigrant movement has invigorated vocal opposition to fair and just immigration reform and to the gains of the Civil Rights Movement, such as affirmative action and voting rights. Black immigrants from Africa, the Caribbean and Latin America experience racial discrimination as they navigate U.S. society and systems. They also face a more difficult immigration process and are racially profiled, leading to disproportionate rates of immigration detention and deportation. Among immigrant populations, black immigrants have the highest unemployment rates and earn the lowest wages, even though they are among the most educated.

The Black Alliance for Just Immigration (BAJI) believes that a thriving multiracial democracy requires racial, social and economic justice for all. African Americans and black immigrants are stronger together and we can win by becoming leaders in the fight against structural racism and systemic discrimination. BAJI was formed to bring Black voices together to advocate for equality and justice in our laws and our communities.

BAJI educates and engages African American and black immigrant communities to organize and advocate for racial, social and economic justice. Local BAJI Organizing Committees in New York, Georgia, California and Arizona build coalitions and initiate campaigns among communities to push for racial justice. At the local and regional level, BAJI provides training and technical assistance to partner organizations to develop leadership skills, works with faith communities to harness their prophetic voice, and initiates vibrant dialogues with African Americans and black immigrants to discover more about race, our diverse identities, racism, migration and globalization. BAJI’s flagship project is the Black Immigration Network (BIN), a national alliance that brings together black-led organizations and programs to advance just immigration policies and promote cultural shifts our communities need. The BIN kinship provides a safe, communal space for diverse black communities to connect, engage and advocate for equality and justice for all. 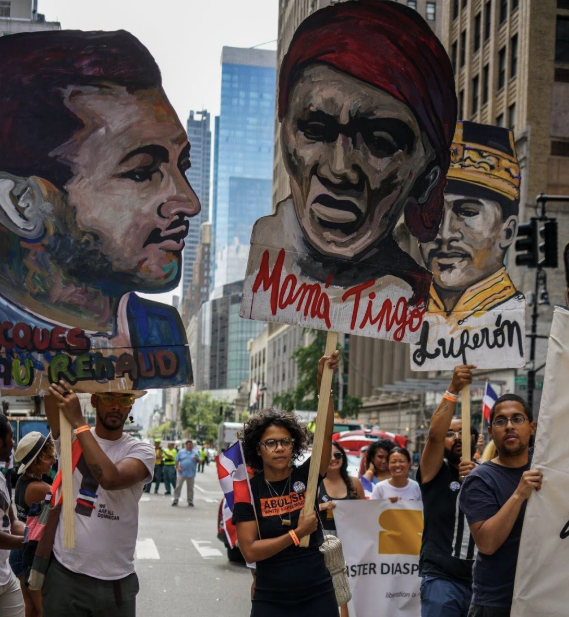 BAJI was founded in April 2006 in response to the massive outpouring of opposition of immigrants and their supporters to the repressive immigration bills then under consideration by the U.S. Congress. Black activists in the Oakland/San Francisco Bay Area were called to action by Rev. Kelvin Sauls,a South African immigrant and Rev. Phillip Lawson, a long time Civil Rights leader and co-founder/co-chair of the California Interfaith Coalition for Immigrant Rights.

BAJI also grew out of the efforts of the Priority Africa Network. PAN organizes Africa Diaspora Dialogues which have brought African Americans and black immigrants from Africa, the Caribbean and Latin America together to dialogue about the myths and stereotypes as well as the cultural, social and political issues that divide our communities.